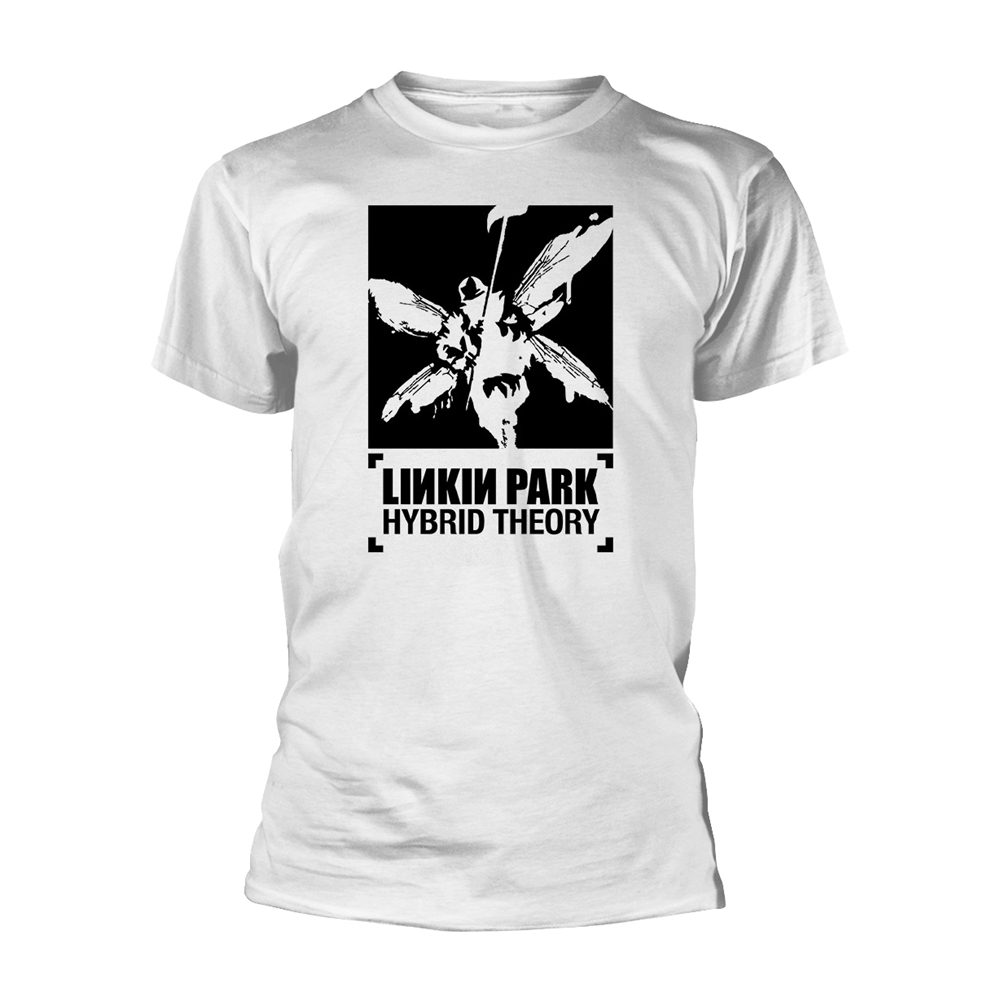 Old-school hip-hop, traditional classic rock, and spooling electronic vibes were the initial factors behind the building of the alternative metal quintet Linkin Park. The band's Southern Californian musical roots were also an underlying basis, for drummer Rob Bourdon, guitarist Brad Delson, and MC/vocalist Mike Shinoda formed a tight friendship while still in high school. Shortly after graduation, art student and DJ Joseph Hahn hooked up with bassist Dave "Phoenix" Farrell and Shinoda for the band Xero. Hybrid Theory came later, but the band opted on the name Linkin Park when singer Chester Bennington was the last piece added to the band in 1999. Soon the band became a noticeable face at the Whisky as well as favorites in and around Los Angeles. Zomba Music's Jeff Blue was one of the few who didn't turn the band down for a contract at the turn of the millennium -- Linkin Park signed to Warner Bros. after being turned down three times in late 1999 and got to work on their debut album. Taking a piece from their past, they named the album Hybrid Theory. It was released in fall 2000 and it showcased their likes for fellow alternative acts such as the Deftones, the Roots, Aphex Twin, and Nine Inch Nails. The Dust Brothers also collaborated on the record, as well as producer Don Gilmore (Pearl Jam, Eve 6, Tracy Bonham). Singles such as "Crawling" and "One Step Closer" were massive radio hits and video favorites among the TRL crowd on MTV. Joint tours with Family Values and the Project: Revolution Tour with Cypress Hill led the band to play 324 shows in 2001. Linkin Park was in demand. Come January 2002, Hybrid Theory received three Grammy nominations, for Best Rock Album and Best New Artist. A month later, Linkin Park walked away with an award for Best Hard Rock Performance for "Crawling." They spent the remainder of the year holed up in the studio, again working with Gilmore, recording a follow-up to their eight-times-platinum debut Hybrid Theory.

Linkin Park's sophomore effort, Meteora, was released in March 2003; the first single, "Somewhere I Belong," was an instant hit. The second annual Projekt Revolution tour got underway in spring 2003 with Linkin Park joining Mudvayne, Xzibit, and Blindside; Summer Sanitarium dates with Metallica, Limp Bizkit, Mudvayne, and the Deftones followed in July and August. Results of the latter appeared by the end of the year on Live in Texas. In late 2004, Linkin Park embarked on their most ambitious project yet: Collision Course, a collaboration with king-of-the-mountain rapper Jay-Z, which introduced the commercial world to the concept of mash-ups (remixes that sample heavily from at least two popular songs). Jay-Z also encouraged co-founder Mike Shinoda to explore the possibilities of a solo hip-hop project. He did, dubbed the project Fort Minor, and released the album The Rising Tied in 2005 with Jay-Z as executive producer. The group came back together in 2006 and began work on their next album. With Shinoda and Rick Rubin (Run-D.M.C., Red Hot Chili Peppers, Johnny Cash) sharing the production credit, Minutes to Midnight arrived in 2007.